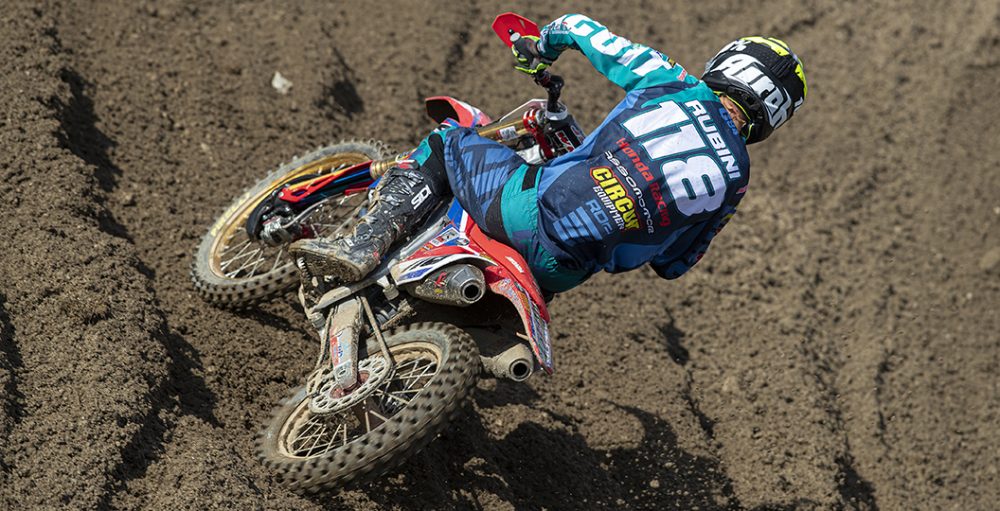 The fifth round of the Swiss Motocross Championship, run on an old-school circuit, housed a couple of guys from the FIM Motocross World Championship this past weekend. Arnaud Tonus, Valentin Guillod and Stephen Rubini were among those on the starting line. It was particularly poignant to see Tonus back on track, seeing as he has been missing since his concussion at the start of July. Linden marked his return to racing and his performance indicated that he will be ready to return to Grand Prix competition in Turkey.

Rubini is a noteworthy name as well, as he too has suffered from injury woes and struggled to regain confidence. Unfortunately, Linden did not go quite as well for him and it remains to be seen whether Assomotor Honda are even going to travel to Turkey. The Italian effort skipped the Grand Prix of Latvia in an attempt to help their riders, Rubini and Gianluca Facchetti, find their feet again. Anyway, the results from the Swiss Motocross Championship can be found below.