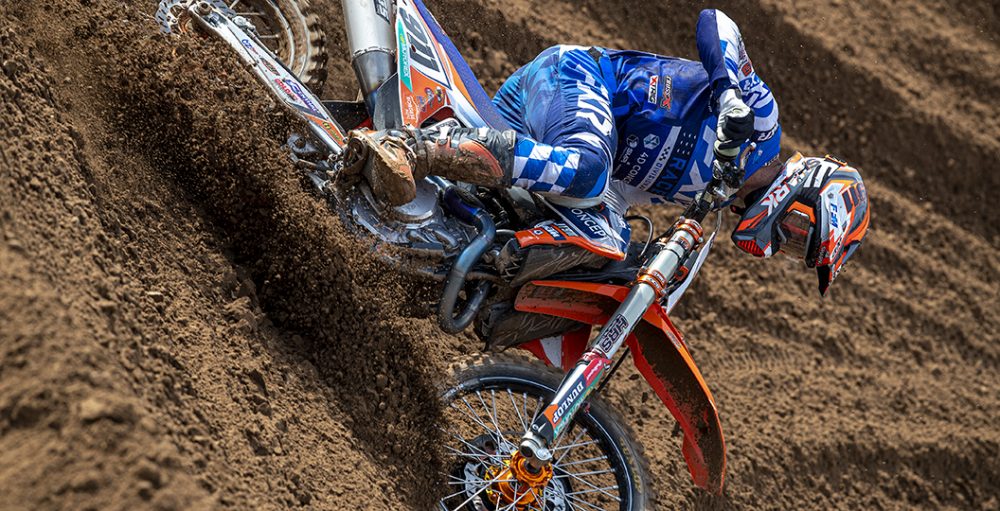 The third stop of the five-round ADAC MX Masters series (that’s the national championship in Germany) was run at Dreetz this past weekend. The KTM Sarholz duo, Jordi Tixier and Cyril Genot, have been dominant thus far. Tixier has been the star, but Genot broke through to win the overall at round three despite being sick. Genot is a name that may ring a bell, seeing as he performed so well at the Grand Prix of Flanders-Belgium two weeks ago.

The next round of the ADAC MX Masters will be run on September 04/05, which is the same weekend as the Grand Prix of Turkey. That rules Tixier out of making the trip across to Eastern Europe. Although he rides for his own JT911 outfit during the FIM Motocross World Championship, he is committed to KTM Sarholz in Germany and those national events take priority when clashes occur.