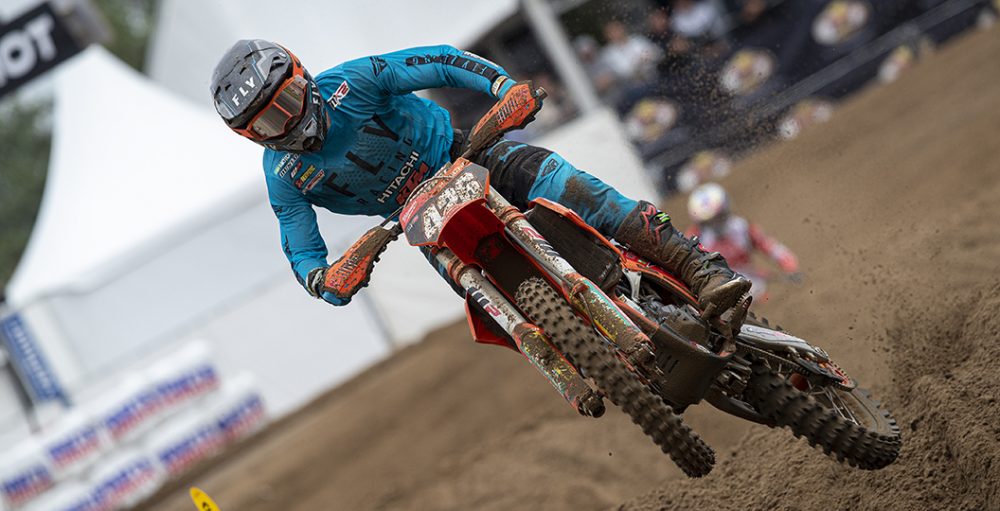 Not only is there a round of the FIM Motocross World Championship today, there’s also a round of the 2021 Revo ACU British Motocross Championship! The British domestic series is being run at the old-school track of Blaxhall and features a handful of names from the Grand Prix series; Adam Sterry, Conrad Mewse and Shaun Simpson are there. The MX1 and MX2 results from Britain will be added to this link immediately after each session. Save the link and check back regularly!