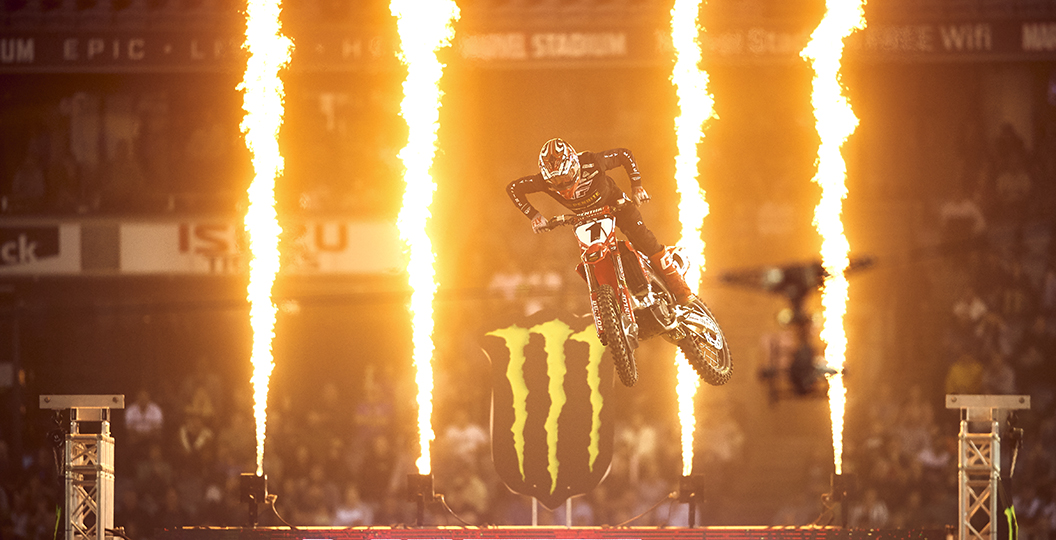 The biggest supercross race that has ever been run on Australian soil, the AUS-X Open, was run in the Marvel Stadium in Melbourne over the weekend. It was a chaotic night as the event was the final FIM Oceania Supercross Championship round as well as the last stop on the Australian Supercross Championship calendar. There was a lot to follow! What happened? SX1 and SX2 results are below.