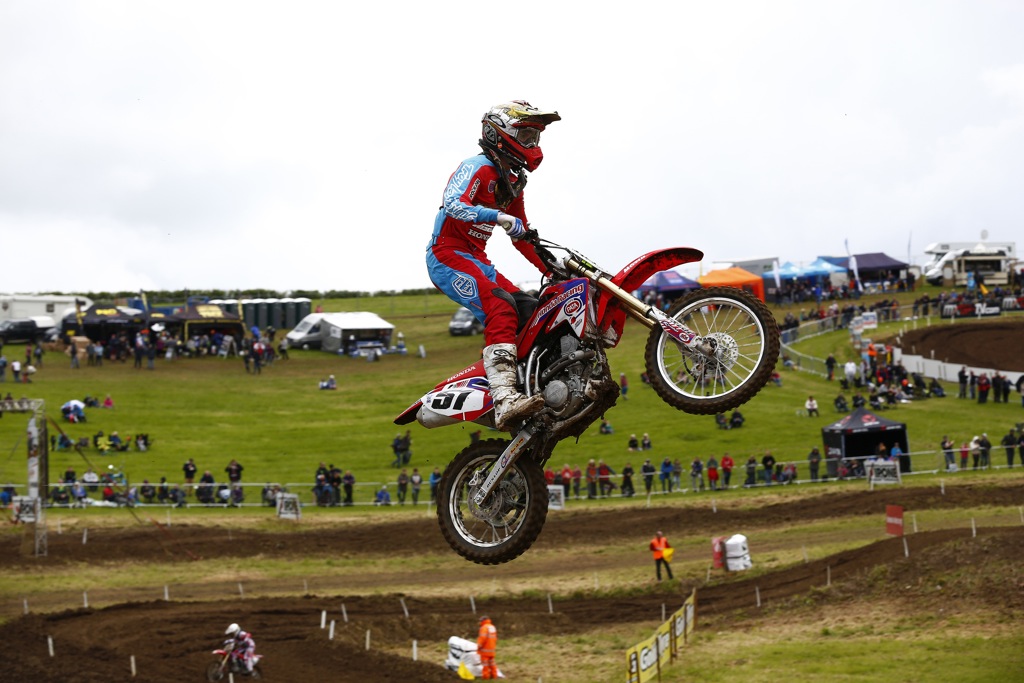 Torrential rain on Friday left the track deeply muddy and rutted, and it became a test of technique and endurance for the 30-strong field of 11-14 year olds aboard their Honda CRF150Rs.

Wilkie, who was fastest in timed practice this morning, got away from the line in third place but quickly took a lead he would hold until the chequered flag on a deeply rutted track.

The win for Wilkie means it’s three different riders that have collected the race win in the opening three motos of the 2014 series.

Forecast dry weather tomorrow should make for an exciting second and final race of this weekend. Race two starts at 1100hrs local time.

“My race went really well,” said race-winner Wilkie. “I got round the first corner in third but quickly managed to overtake the two lads in front of me. I was able to create a little gap and have a lot of fun out there but conditions are quite tough. It’s rough, it’s not too bumpy but it’ll catch you out if you don’t concentrate, but it was really fun. Tomorrow’s going to be good I hope, I think the rain will stay away so again I need to get a good start, put my head down and focus.”