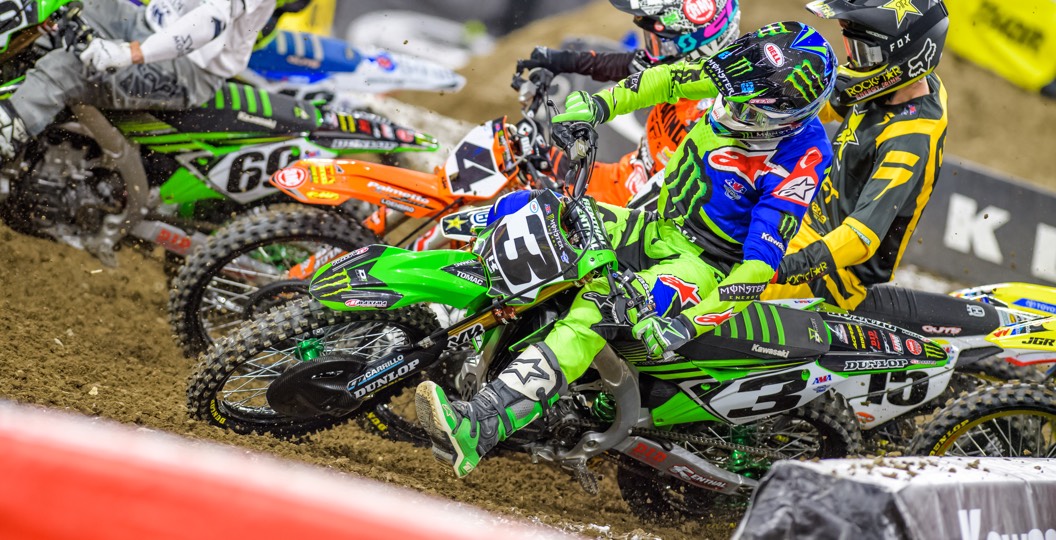 Ok, the three Monster Energy Supercross Triple Crown races are done and now here we are. So, now what? Well, I think “we’re” mostly in love, well maybe not love but a strong like anyways, with these things. In a season that has been trying with the lack of drama and injuries in all the classes, the addition of the Triple Crown format to three races has been something to look forward to.

Here are some thoughts on the good and bad of the Triple Crown races.

Good: Parity man! We had five different racers win the six different mains at the first one, six at the second one and six at the third one. That is, like, awesome. Having more winners and more people having success makes for a good series for the riders and teams and an interesting one for the fans. Look, I’m not a fan of everyone getting a trophy in these days but having more winners is a good thing for the sport and the Triple Crowns have delivered that.

Bad: I know they are trying to replace the heat and LCQ races and make it the same amount of racing for the fans and I know that right now, the ten minute, twelve minute and fifteen minute length of the 450SX mains are equal to more racing than the riders are used to (and believe me, I’ve heard some grumbling about the riders having to do more work for the same amount of money) but I’d like to see the mains all be one length of time. The first one goes pretty quick and really rewards the start, like more so than usual.

Good: Anytime you change the format of a racing series, you have to wonder if you’re going too far you know? An outlier or two is fine but just like when the AMA allowed 550cc four-strokes into the 250 class (a decision that was horrible by the way), you have to make sure you’re not upsetting the apple cart and so far it’s been fine. Honda’s Justin Brayton has been really good and a surprise at the Triple Crowns, but guess what? He has been good anyways, so whatever. Generally speaking the best guys are still the best guys at the Triple Crowns.

Bad: An Olympic-style scoring was used to determine the overall winner (who then gets the twenty-six points for a normal SX main) and I think that needs to be looked at. No, you can’t award normal points for each main as that makes a twisted ankle a catastrophic injury in terms of a title hunt but there should be an award for winning a “crown” (we need a name for each main because it can’t be main) more than a single point. A rider that goes 1-1-4 would lose to a rider that went 2-2-2 and, to me, beating a rider two times out of three means you are better that night.  Gotta be a better way to add up the three mains in my opinion.

Good: Every race at night means something. That’s pretty cool, twenty years of me watching supercross races means that the first races of the night are heats and, yeah, sure they mean something but interest level of watching dudes in the top nine cruise around to get into the main isn’t super high. With the Triple Crown, it’s GO TIME right from the start of the night. That’s pretty sweet.

Bad: Privateers just don’t have much exposure in front of fans and on TV. With the LCQ’s taking place after the last practice, it’s four or five laps of glory for those guys to try and get into the top four and then thanks for coming. In the old format they had the heat (semi races for years) and LCQ’s to ply their trade, try to get some exposure and TV time. With the Triple Crown format, privateers are dying out there and that’s too bad.

Good: Apparently there’s a Triple Crown championship! Yay for that. Who knew?

Bad: Lag time in the program, while better at the last race than the first one, is still there. The promoters have worked hard at eliminating the down time although, in the teams and riders I’ve talked to, they still feel rushed. The night show program needs a 125 class or B main for privateers or… something.