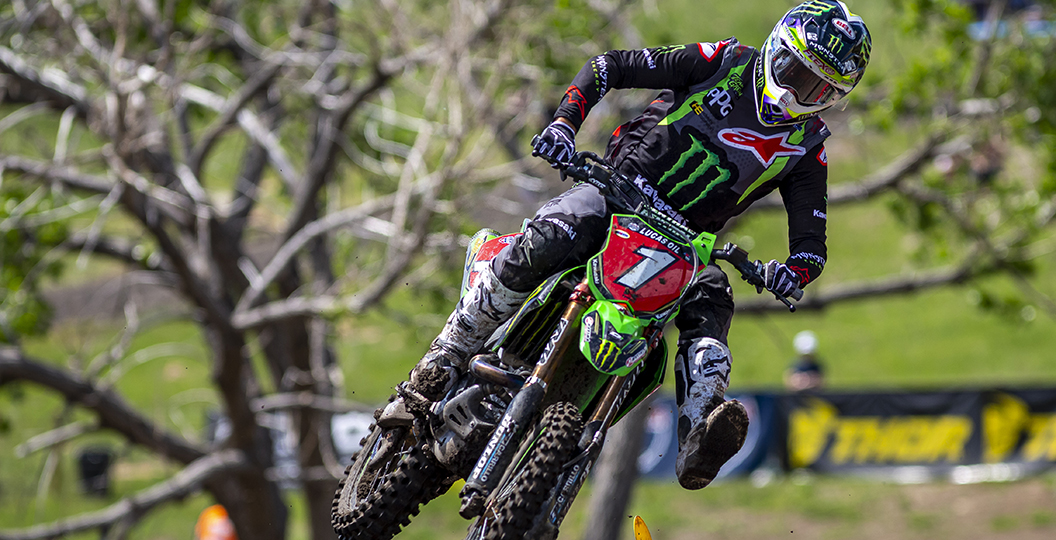 Although it’s only early June, make no mistake about it that many riders and teams are already onto 2020. Yes, things are always in a state of flux with these people in terms of who goes where. Lots of contracts are/were up and, for the elite riders, contract talks start very early. In fact, when Ken Roczen inked his deal with Honda for 2017 he had already agreed to it before Anaheim 1 of 2016!

Let’s take a look around to see what we know, what we think we know and what we have no idea about in terms of who’s riding where next year. If you work for a team and don’t like some of the things in here or we got them flat out wrong, blame Lewis.

Ken Roczen: Re-signed with Honda for another three years earlier this year as his original pact was set to run out after this season. When we asked the 25-year old if this new contract would be his last he told us, “Three years is quite far away. If things go good, maybe go do GPs afterwards. Maybe do a year or two. I don’t know. We’ll see.”

Eli Tomac: Like Roczen, ET3 re-upped with Monster Kawasaki earlier this year although terms were not announced. We imagine it’s at least two years and more likely three.

Marvin Musquin: He had a deal on the table with Red Bull KTM that he didn’t sign for a while, but word is that he’s signed it and will be back with KTM for next year and beyond.

Cooper Webb: Has one more year on his deal with Red Bull KTM and we imagine he’ll get a nice raise on his original deal that was signed last season.

Jason Anderson: Anderson’s contract status is unknown but we can’t see him going anywhere, he’s ridden for this team back when they rode Suzuki’s and the 250 class.

Zach Osborne: Another year left on his deal with Rockstar Husqvarna.

Joey Savatgy: Signed a one year deal with Monster Kawasaki for this year and we think he’ll be leaving the team with Adam Cianciarulo jumping up to 450s. All signs point to him going to fill Cole Seely’s sport at Honda or maybe JGR. Really there aren’t many top level factory spots left.

Cole Seely: Contract is up and we haven’t heard anything about where he wants to go. JGR Suzuki is a fit if Cole wants to keep racing. Some people close to him think he may retire.

Justin Hill: His deal is up and we can’t imagine that JGR Suzuki would bring him back after his two years on the team. Perhaps at a discounted rate?

Chad Reed: His deal is up, looks to be a natural to race again for JGR Suzuki but word is he also wants to maybe do his own thing with Suzuki. We’d bet he goes back to JGR though.

Justin Brayton: Signed with Bullfrog Spas MotoConcepts Honda for next year. Malcolm Stewart also re-upped with the team as will, we imagine, Vince Friese so MCR will bring the same team back in 2020.

Blake Baggett: He’s set for 2020 as he signed a deal with the team last year. His teammate though could be up in the air with Benny Bloss’ contract up and Justin Bogle did a nice job as a fill-in this year for Bloss. Bogle filling in the spot of Bloss would seem to be a logical move but the team has groomed Bloss for a number of years and would give him lots of time to get back up to speed.

Aaron Plessinger: Back with Monster Yamaha for next year.

Justin Barcia: He’ll be back at Monster Yamaha for next year.

Broc Tickle: Tickle is out there and ready to get back into racing once his FIM suspension is up at the end of January.

Weston Peick: Peick’s status is up in the air but if he can get his sight where it needs to be after his Paris SX crash, he could jump back in and probably stay with JGR.

Dean Wilson: Wilson started the year (again) as a fill-in and had a career best 450SX season while getting the call to fill-in for the injured Anderson. He’s currently out with a shoulder injury but looks to join Anderson and Osborne for the outdoors soon. I cannot fathom Rockstar Husky letting Wilson go (again) due to his results and popularity but stranger things have happened. LET DEAN RACE, Rockstar and Husky!

Next week we’ll take a look at the 250 class and all the things that are going on there.