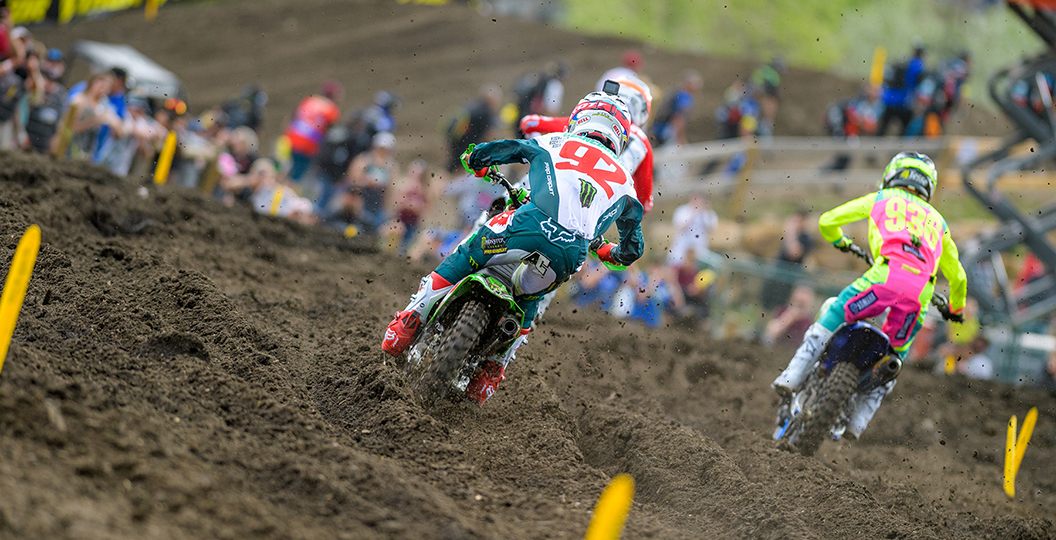 Silly season is always happening people, which means it’s always interesting to see who is talking to whom and who will go where. There is nothing like a rider switching teams to get people talking. Most times nothing happens and the new bike/team isn’t the magic elixir that many think it is. Sometimes though, in the case of Cooper Webb this term, the fit works out and a rider takes his performance to a new level.

Last week in this very spot I wrote about the 450MX class for 2020 and how I see it shaping up. Let’s touch on the 250MX class for 2020, yeah? Instead of individual riders like I did last week, we’ll just go team-by-team.

Martin Davalos pointed out and will be leaving the team for what we think is retirement. Adam Cianciarulo will be moving to 450s, we believe, so Austin Forkner is going to hold it down as the star rider for the team coming off his knee injury this year. I believe Garrett Marchbanks contract is up, but I think he’ll get another year to show what he can do as there have been glimpses here and there. That leaves two spots and I think Jordon Smith will move over from Troy Lee Designs Red Bull KTM to take one of them and Seth Hammaker, after he races Loretta Lynn’s this year, will get the other one.

Jeremy Martin should be back in 2020 after a year and a half off from injury and there are lots of questions in my mind on whether he can get back to his pre-injury form. Let’s hope so. Chase Sexton, Hunter Lawrence and Christian Craig will be back to try again. They are losing Hampshire and will have, I believe, Joe Shimoda, a fast amateur coming onto the team as well. Full squad over there and Hunter’s brother, Jett, is pushing to turn pro as well. GEICO Honda has a lot to juggle over there.

They will bring back Justin Cooper, Colt Nichols and Dylan Ferrandis in 2020 as all three riders have championship potential. Ty Masterpool has been solid as a rookie to start the nationals and he’ll be back for a full season in 2020. The rumour mill has Shane McElrath leaving TLD KTM for this team, which would leave Mitchell Oldenburg on the outside looking in.

Mitchell Oldenburg would slot into a spot on this team that’s rumoured to be losing both Jordon Smith and Shane McElrath for 2020. It’s been a rough year for the orange guys and they will have Derek Drake under contract and perhaps an amateur or two. They’ll definitely be aggressive in their pursuit of riders. We think Sean Cantrell and Mitchell Falk will both be looking for new homes in 2020.

Thomas Covington has another year left on his deal so he’ll get another shot at showing what he can do after a rough 2019. Jordan Bailey’s contract is up, we believe, and he’ll most likely be leaving. I would bet Michael Mosiman gets re-signed as he has broken out this year and RJ Hampshire is moving over from GEICO to here for 2020. Whether the team goes with a four-man team is unknown at this point, but it would not surprise me if it stays as a three-man deal like this year.

Alex Martin will be back annnndddd that’s about all we know right now, as the team needs to find some sponsorship to either keep the riders they had this year or step up and get into the bidding for some bigger names. The team likes Kyle Peters, Enzo Lopes and Jimmy Decotis for sure but they probably also want some better results. That equals more money, right? Stay tuned as Suzuki definitely wants as many riders as they can to showcase the new RM-Z250.