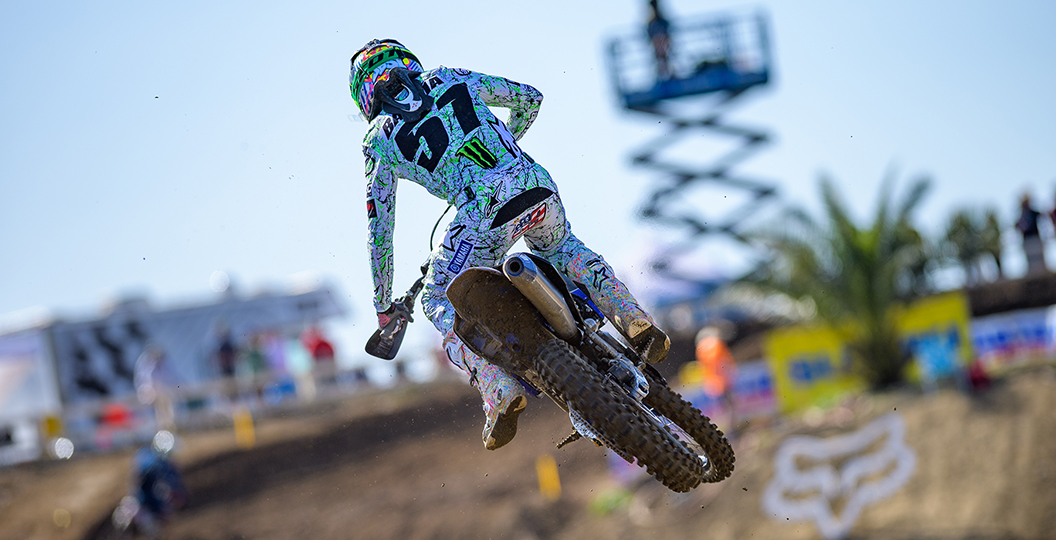 The Fox Raceway national was pretty exciting. We were back at the facility after MX Sports and Glen Helen couldn’t work through their differences… Again. The track’s not quite equal to Glen Helen, but it’s pretty good and I imagine doesn’t give the folks at MX Sports as many headaches.

I went around the pits to talk to some riders after the race and got some good quotes. The riders don’t tell me exactly what’s on their mind, as usual though, but luckily for you I’ll give you guys the true meaning behind their quotes. Away we go!

What he meant: “I can’t believe we tested all this time before outdoors started and the bikes were so bad we had to ride our balls off all week. Whew, at least it’s better!”

What he said: “It was tough again. The first round was tough. We’re searching. Trying to get myself comfortable.”

What he meant: “Look man, I just got the ride before the nationals started and I’m struggling with pretty much everything. I can’t wait until I get my bike better.”

What he said: “I was going to try to do the privateer thing for the first three rounds, and it would have definitely just emptied the bank account and been really hard work, so we’re working forward, but I’m still pumped about this.”

What he meant: “Thank god for factory Yamaha. Privateering it would have sucked.”

What he said: “The team’s keen as mustard, we’d say in Australia. Keen as mustard to keep improving and make me comfortable.”

What he meant: I have no idea.

What he said: “We (him and Jason Anderson) have a pretty weird relationship that we’re pretty straight up with each other. We tell each other we’re going to bash each other all the time, just bull crap. He actually had a big moment and I thought he was going to get both of us, take both of us down.”

What he meant: “Jason’s a weird dude, I can’t really figure him out because I’m, like, a normal guy, but I think we’re all good to race each other hard.”

What he said: “Me and [Justin] Barcia had a pretty good battle there for most of the moto, so that was fun for sure. It’s always fun to beat some of those factory guys.”

What he meant: “Barcia makes more than me in one month than I make in a year, so it feels good to pass him and ram it up Yamaha’s ass.”

What he said: “My one wrist really just needs to heal and my other wrist down the road is going to need surgery, but I can deal with that. It’s not that bad. My one that’s just healing is annoying, so I wasn’t able to do the stuff I needed to do to get ready. It’s showing right now.”

What he meant: “Dude, I’m so jacked right now. I can’t believe that I’m even finishing inside the top ten, because I can barely hold on.”

What he said: “Coming out and winning the first [supercross] race, then being that guy that wins a race and then doesn’t do shit sucks.”

What he meant: “Guys like you just think I got lucky and maybe I did. That sucks.”

What he said: “I was not good today at all, by any stretch of the imagination. Just had to kind of tough it out and get through this one. Now we can move onto tracks that don’t suck really bad.”

What he meant: “There was nothing that was good today, I’d rather have just hit myself in the nuts with a hammer than do what I did today. Oh and the track sucked.”

What he said: “It was not any better. It was Pala. It kind of sucks.”

What he meant: “It was not any better. It was Pala. It kind of sucks.”