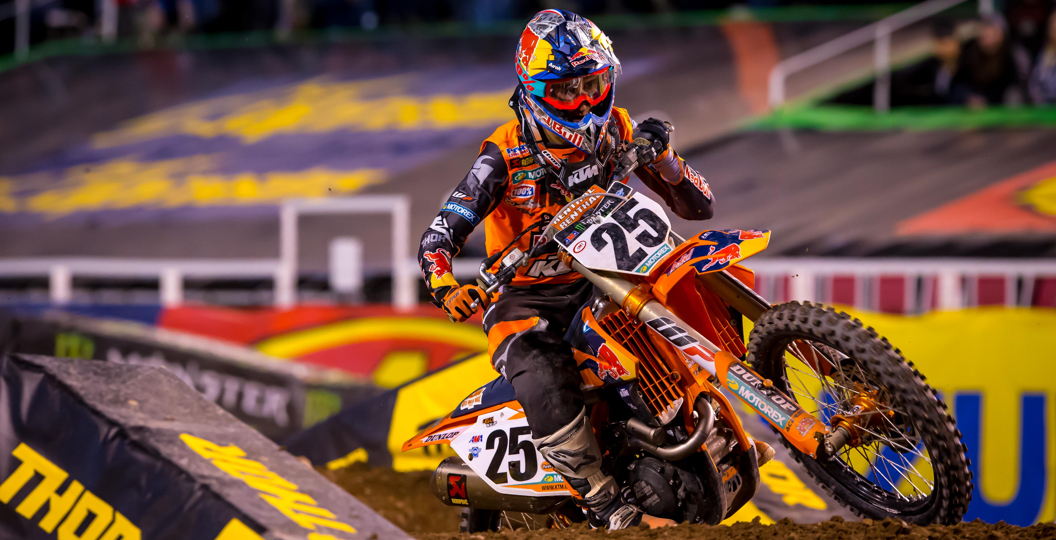 Looking forward to hitting up Paris SX this weekend and seeing some good racing. This race, whether it is Bercy as it was for thirty years or up in Lille the last three, provides some great excitement because of the tight confines as well as the number of times all the best riders line up against each other.

We have got Red Bull KTM’s Marvin Musquin lining up this weekend in an effort to keep his perfect off-season going. HRC’s Cole Seely will be back on the bike for the first time since the MXoN, Rockstar Energy Husqvarna’s Dean Wilson just raced last weekend in Australia so he’s ready to go and his teammate Zach Osborne is jumping onto the 450F to see what he has got.

Also heading over from the USA is Jeremy Martin on the GEICO Honda 450F and the last time he rode a big bike he was standing on the podium at Daytona. Oh yeah, the SX2 class (250F) should be exciting as BUD Racing brings over Tyler Bowers to suit up on the small bike against a field full of Frenchmen. How do you say block pass in French?

– There are a few interesting subplots when it comes to this race that I think will be interesting and it is not whether Musquin wins or not. I mean, he’s got to be the favorite right? But, outside of that, I’ll be interested to see if Osborne and Martin, in particular, can stay on the pace of Musquin and Seely. Both 250SX riders do not have much experience on the 450F and the Paris track won’t be a true arenacross like it has been before. It’ll be much closer to a full supercross floor like we see in America.

I’m not one of those guys that thinks a rider can carry a good race from Paris, France, in November all the way to Anaheim in January but it certainly cannot hurt. If Osborne, who is going to 450SX in 2019, and Martin, who wants to get there ASAP, can perform at this race it’ll open some eyes in the USA as to their 450SX-readiness.

– One change for this year is that to be the King of Paris after two days of racing, your heat race finishes are going to count also. Every time the riders hit the track, be it the heat, the main or the superpole, it all counts towards your status toward the king.

– After so long in Bercy, a suburb of Paris, the race was forced to Lille, which was about an hour north of Paris, due to renovations at the Bercy arena. The race was still very good with some highlights sprinkled in there (the main event a couple of years ago was completely unhinged and mostly because there were riders crashing left and right), but it lost some of its uniqueness with the switch. This year everyone is hoping it is back. The arena the race is in is brand new, it’s really close to the tourist attractions of Paris and I think it’s going to be a great switch.

– Meanwhile back over here in the USA, it certainly sounds like Justin Barcia is going to get the fill-in ride over at Monster Yamaha for Davi Millsaps. My sources tell me that initially it’s a half season agreement between Yamaha and Barcia, but those same people say that it’s unlikely Millsaps races again. He has got an insurance policy on a career-ending injury and might be looking to collect on it after a serious hit to the head and a broken elbow whilst on the Yamaha. No matter whether the #18 races again or not, let’s hope he can get back to feeling 100% as a human being before he thinks about racing again.

As far as Barcia, it’s an interesting move to me because he wasn’t a fan of the Yamaha at JGR and now he is getting back on it. Barcia had some great outdoor rides on the blue bike in 2015, but in 2016 he went back to not gelling with the bike. No doubt Yamaha’s sales pitch to him to race alongside Cooper Webb was that they’ll do a better job of getting the bike right for him than the JGR guys. Barcia’s attempt to climb back to being one of the elite riders is one of the more interesting subplots in 2018. 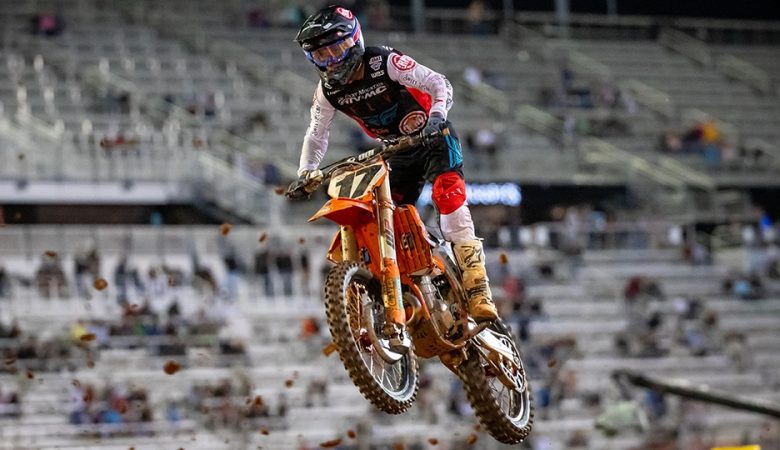 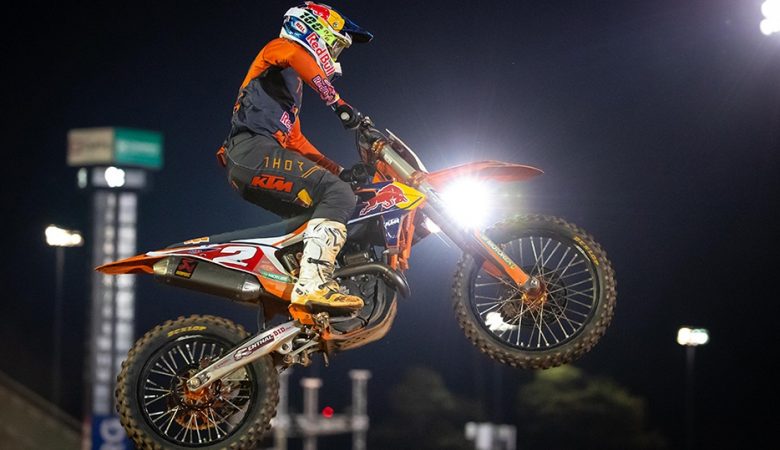 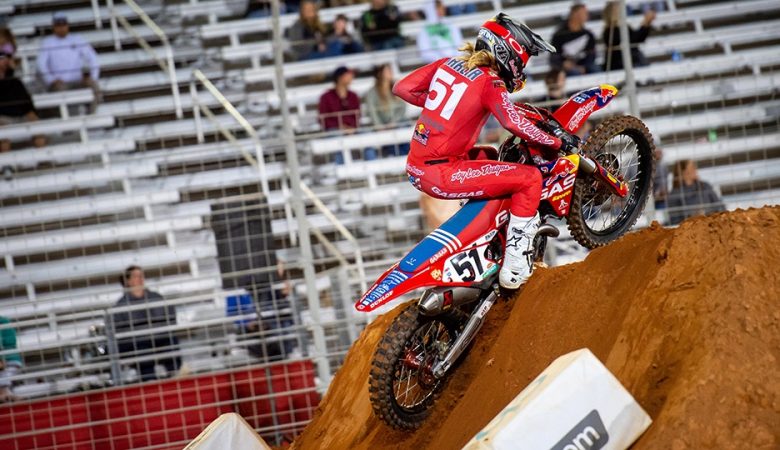