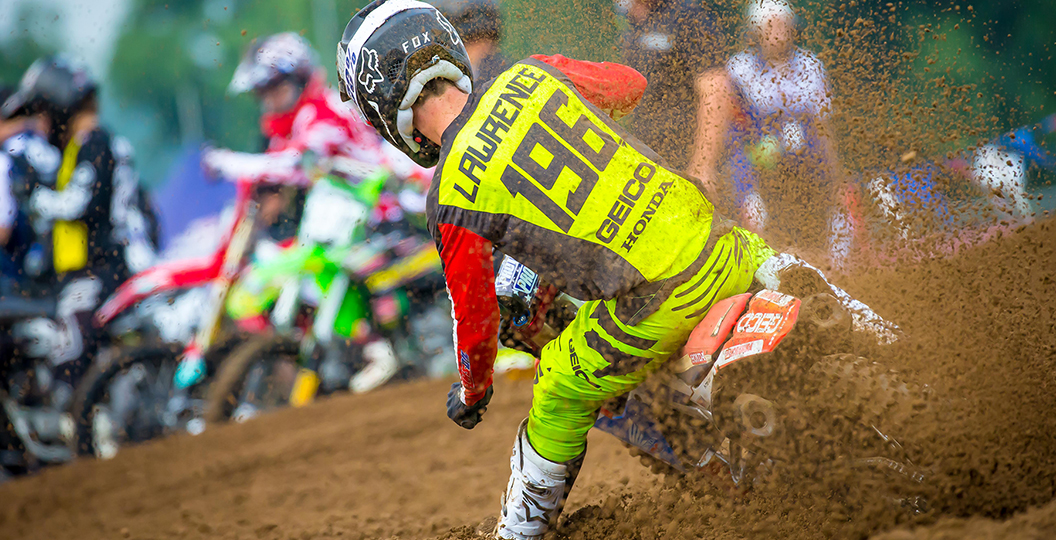 Off weekend here in the USA, but that doesn’t mean we don’t have things to say. Two things that I’ve discovered fans of the sport can’t get enough of is silly season signing stuff and Motocross of Nations arguing. Nothing gets people talking like some country-on-country competition that’s for sure and, as most of you know, Team USA is currently on an all-time winless streak of seven straight years and with this year’s race in Assen, Holland, at a purpose-built sand track that appears to be just shy of Lommel, I don’t like the odds of USA breaking this streak.

After the shocking sixth place finish of Team USA at RedBud last year, all bets as to when the USA wins this race again are off the table. There’s just something going on with the Americans right now that has slipped compared to the rest of the world’s motocross racers. Sure, you can say it’s the focus on supercross for eight months of the year and motocross for four but that was the same when USA was winning. You can say that riders all over the world have caught up to America in terms of riding but I don’t really buy that. There have always been elite European-based riders that are amazing on a motorcycle and, besides, it’s a team of three riders from a country, it’s not just a best-on-best event. Sometimes countries like France or Belgium can’t select one of their best riders due to conflicts or injuries. Looking at you Marvin Musquin (although, yeah, it hasn’t exactly hurt the French).

One of the theories that I’ve been working on the last little bit is that the American bike set-up has skewered more and more towards supercross and that’s been hurting the racers at the MXoN’s. I mean, it’s not ground-breaking to watch Jeffrey Herlings or Gautier Paulin’s bike around RedBud last fall and see how much softer it was than Eli Tomac or Justin Barcia’s.

I was talking to GEICO Honda’s Hunter Lawrence about being back at RedBud this past weekend for the first time since he nearly won the MX2 class for Australia and we got into talking about the suspension. I mentioned to Hunter my theory that European-based bikes look so soft compared to the USA guys, how they track well and stay connected to the ground but Lawrence wasn’t quite having that.

“I’ll stop you and say European stuff isn’t soft and plush. Think of it this way: In the sand they have over there, soft suspension does not work full stop. You watch the KTM bikes, a Husqvarna, just in a perfect example, as how high they sit in their stroke of suspension and the theory of that I guess it’s like supercross. You have soft suspension, you go into the jump and you go out of the jump. Same on a sand track. You go into the bump and out of the bump. Into the bump opposed to stiff suspension you go across the top of it. You are on top of the sand, not in the sand, so that’s the easiest way I can explain it.

“I think the speeds are higher in Europe on the track. We’re talking ground speed. I think they are higher because they are not tilled as deep. None of tracks are as deep as what these ones are and the lines are a lot more sweepy. We don’t slow down as much as here. Obviously, you have got to allow for different track layouts.”

We continued to talk after the recorder shut off and Hunter told me that it’s more of a softer set-up with springs over there but yet harder internal valving with more travel, which makes sense for sure. Something that always strikes me as weird is how high the GP based riders run the rear ends on their bikes so whether it’s travel, spring rate or shims and oil something about the European bikes stand out.

Another thing that stands out when you go to an MXoN is the Americans sure love to rev their bikes. The engines aren’t designed to make much power in the upper ranges but that doesn’t stop our guys from doing it.

Lawrence brought up another difference with RedBud this past Sunday and RedBud at the MXoN.

“In Euro they sweep their corners. The bumps have flow to them, where when there are braking bumps you’ll lift the front wheel and link it up or they’ll swoop out wider and cut in a little bit, like Formula 1 car lines. That’s how the tracks form up. It’s always we say in moto slang: Race car lines. Whereas here I wouldn’t say the American tracks aren’t as race-car liney, to be honest with you. It’s point and shoot. They [American riders] come in straight, then a big hook and then you are out and you are on the gas wide open. It’s different.”

This is another fact that makes the USA based riders standout. I was standing there at RedBud at the start of practice and watching a new berm form which, as Hunter predicted, turned into a hook and not a traditional entry and exit point of a berm. It’s a very violent riding style compared to many of the Europeans. It can be faster but if the turn isn’t quite right or a mistake is made, it can also look like a monkey doing something obscene to a football.

Look, neither suspension set-up nor lines are the reasons USA riders have struggled at the last few MXoN’s but they, along with other factors, are things that haven’t helped. The conversation with Hunter Lawrence this weekend confirmed some things, got me thinking about others and, all in all, it was interesting to hear from a neutral country talking about both series set-ups and tracks.