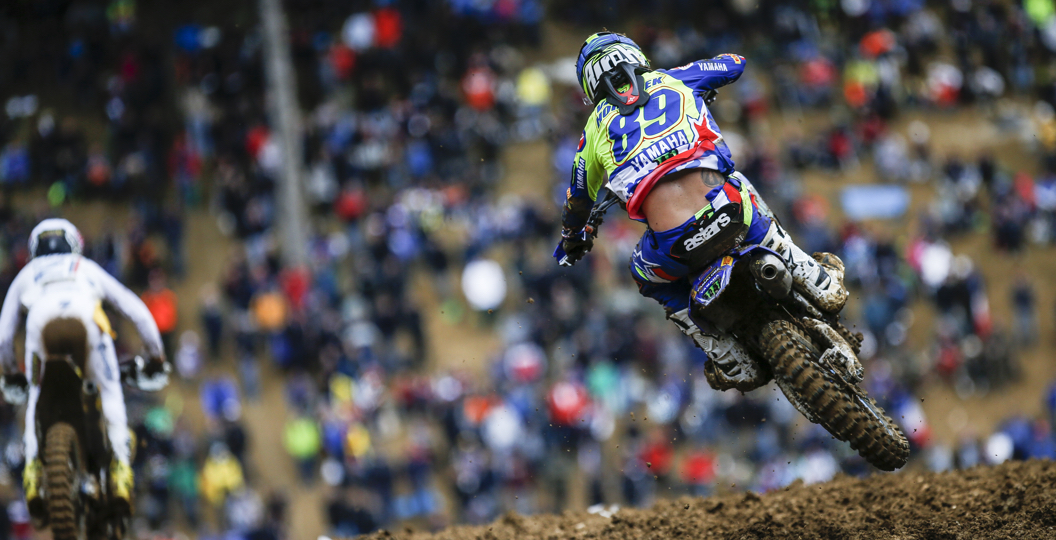 This weekend’s Motocross des Nations (not calling it “of” ever by the way, so come at me bro) is going to, as usual, be an epic race. Team USA, once the favorites of this race with dominant team after dominant team has now gone winless for five years, the longest streak since its return to this race in 1981.

There have been various reasons for the red, white and blue to have gotten beat up in the last five years. Sometimes they just got outrode (Belgium and France), sometimes they suffered injuries to team members (Latvia and Italy) and sometimes they just had some crashes (Germany). However, no excuses, the record book shows five straight years of no Chamberlain Trophy residing here in the USA.

When it comes to previewing this weekend’s race, America is in a unique position. Due to riders bowing out or being hurt, it is no one’s ideal USA team outside of MX2 rider Zach Osborne. But, like certain things that have worked against the USA winning in recent years, things are breaking right for the stars and stripes in 2017. Below is how I see this race going down.

Australia didn’t have a great 2016 MXdN and they needed a couple of amazing rides from Dean Ferris to finish eighth overall. Their MX2 rider, Mitchell Evans, was out of his league and struggled. Without Ferris and his rides, they would have been way back. That is not going to happen this year, as Hunter Lawrence has been putting in great rides in MX2 and has acquired some real momentum in the last month or so. Ferris is back, so he’ll be solid again and Kirk Gibbs has international experience also. The Australians could be on the podium at the end of the day Sunday. Believe that.

Switzerland should just call themselves “The Sneaky Swiss” as they are always one of those countries that lurk around and you think “Huh, look at that, the Swiss are good at motocross!” Arnaud Tonus, Jeremy Seewer and Valentin Guillod are solid for sure and, on the hard pack, they’ll be good. There is also a one hundred percent chance that Guillod cartwheels at some point in the weekend and the Swiss are hoping it is not in a moto.

A Not Sneaky Good Country

My home country, Canada, had its best finish at this race in decades with a tenth last year, thanks to Kaven Benoit’s amazing rides in both motos. Unfortunately for them, Benoit is not here. Colton Facciotti is here though, as that is not a huge drop off for Team Maple Leaf. Hard to see Facciotti putting in the same rides as Benoit last year, although he’ll be good enough to keep the team in the A main. I’ll be happy, as long as “we” beat the Irish and the Finns.

I know, I know, The Netherlands finished second last year and were so close to winning it until Romain Febvre made a few passes late in the last moto. I know that Jeffrey Herlings is a lock to win one moto and probably two, but I feel like Brian Bogers will let them down. Glenn Coldenhoff was very good last year, but he got starts. Maybe I’m not feeling it right, but I think those will not be there this weekend. I could be terribly off with this guess, but sorry not sorry to the Dutch.

Belgium is always so solid at this event. They seem to be able to pick and choose from a deep pool and surprisingly they did not make a podium last year, but they did end up fourth. I think not putting Jeremy Van Horebeek on the 250F is going to come back and bite them; he is always good at this race. No Van Horebeek in MX2 and no Clement Desalle means Belgium take a step back in 2017.

France. Sorry boys, your three-year streak at this event stops now. I cannot look past the loss of Dylan Ferrandis and then Benoit Paturel in MX2. I know Romain Febvre got better late in the MXGP season, but he is not the same guy as he has been the last couple of years. Gautier Paulin is always good here and he is much happier with his Husqvarna than he was on a Honda, but France do not have enough in MX2 to get to the top step this year.

USA. Yep, with injuries to France and Belgium crippling, I think the American boys can end up real close to winning this thing and, with some right breaks, maybe take a very unexpected victory. Thomas Covington racing a 450 for the first time as a professional isn’t exactly ideal, but he does have time on this track. Cole Seely is solid, so won’t make massive mistakes, and Zach Osborne should win the MX2 class I would think. If they pull off the win it would be the most shocking one since Great Britain in 1994, when they actually topped the USA.

I am not saying Great Britain are going to win because I want the MX Vice guys to like me, I really think this is the year they get it done. I’ve seen the hometown boost that France and the USA have gotten at these races and all three UK guys are very solid. They probably will not win a moto but still take the overall because Tommy Searle, as bad as his MXGP season has gone, is in MX2 and he’s never been better than when he was battling with Herlings on one.

Searle has got a ton of experience and has ridden for GB at the MXdN approximately fifteen times, so he is not going to get rattled. Dean Wilson had a great year here and has performed well at this event before, I’m not worried about Deano’s ability here. Max Anstie is a bit of a wildcard but look it up, his MXGP season was pretty good. I know I was a bit surprised when I did a deep dive into his results. Searle and Mad Max know this track well, the hometown fans will be freaking out and, yes, I think they get it done. Congrats to you guys and the Queen mum, she’ll be very pleased.