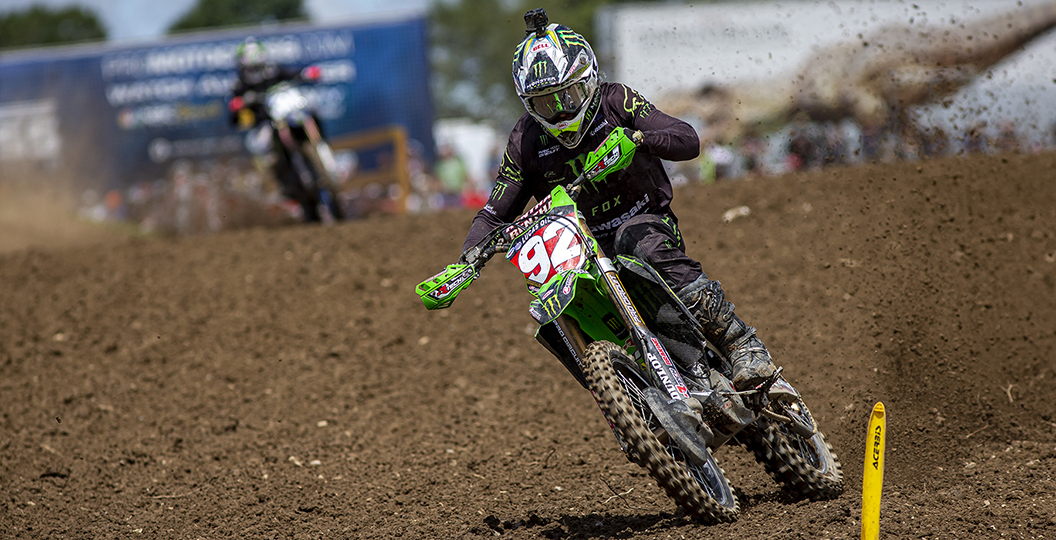 Team USA was named over the weekend and if you are a loyal reader to this column on MX Vice, you already knew that it would be Rockstar Husqvarna’s Jason Anderson and Zach Osborne along with Monster Energy Star Yamaha’s Justin Cooper in the MX2 class. It’s good team for sure with a chance at a podium and maybe, just maybe, the win. A few other countries have been hurt with injuries or riders declining to ride so USA’s got a chance to do something good over there in The Netherlands.

Neither of the points leaders in the 250MX and 450MX classes over here are going though as Kawasaki put out a PR covering for Eli Tomac and Adam Cianciarulo in not going. You don’t need to know my feelings on this race anymore than what I’ve written. I’m one hundred percent understanding of Kawasaki’s decision or any rider for that matter deciding not to go.

Rumour is Cooper Webb of KTM, before he hurt his knee this weekend, turned down an invite as well and Osborne was going to be the MX2 rider. Not only do I get the reasons for not going, in my opinion there needs to be a fundamental change in the this race and the way they schedule it, help out the teams before the USA goes back. Right now, it’s a very tough task for any Team USA to go over there and be on the same footing as most other countries.

This past Monday on the PulpMX Show we had a couple of all-time greats on the show talking about their time representing USA at this race as well the current situation Team USA finds itself in. Jeff Stanton, six-time SX and MX champion and three time MXoN participant and Damon Bradshaw, two-time MXoN participant. Both riders raced in the same era and were either 1A or 1B for the title of the best rider in the world at different points. Both guys went with Team USA in 1990 and 1991 and then both declined the invite to Australia for the 1992 event.

“I’ll straight up tell you that the biggest regret I have in my whole career is not going to Australia and doing that race,” Stanton told us “I’m sure everybody knows, the reason I didn’t do it is because it was in the middle of a 500 championship I was leading. I wanted to win a 500 national championship. I didn’t want to fly all the way to Australia, race, come back, three weekends in a row. That’s the reason I didn’t do it. Biggest mistake I ever made. I didn’t end up winning the freaking national championship as it was, so I should have went over and won Motocross of Nations. A huge mistake.”

“I definitely feel differently about it [than Jeff],” Bradshaw told us. “I don’t really remember the particular reason why I didn’t go that year, other than honestly I didn’t want to go. First of all, it was an honour to be chosen to go then and the prior two years that Jeff and I think it would have been [Jeff] Ward then that pulled us through. I had horrible results over there. It just was a point to me that I was already wore out at that point and didn’t want to go.”

One rider says it was the biggest mistake he ever made, the other says he has no regrets about going. The one [Stanton] that has the regret had some of his best rides at that race helping Team USA. The other [Bradshaw] was on two winning teams but didn’t do as well as he would have hoped. As far as Tomac, he hasn’t ridden at his usual level at the Motocross of Nations’ that I’ve been to save for a moto here or there. Eli Tomac is 0-4 at this race running the red, white and blue.

“I think it’s bad timing. I just think it’s horrible timing for our guys. Again, they’re great. They should be able to adapt and go and do that. What’s in it for the riders? It’s your country. I get that,” Bradshaw told us in regards to the guys skipping this race. “I totally understand that. Don’t get me wrong. But with all these other events coming up, it’s bad timing.”

That point is well established by myself and others. With the USA schedule moving up over the years to accommodate the TV package and the MXGP season getting pushed later and later, it’s a tough ask for the American riders to just keep riding and training for motocross for a month while the MXGP riders are still racing. Then right when the USA riders get back it’s wide open with supercross testing, the Monster Energy Cup and away we go for supercross 2020 prep. When are the riders on Team USA and not to mention the crew supposed to get a bit of downtime after a season that sees them race eleven more times than the MXGP riders?

It’s one thing to have opinions of media guys like myself, although I was a member of Team USA in 2003 as a mechanic, but when you talk to legends like Bradshaw and Stanton that have been on Team USA and also declined a chance, things get a little more serious right? “I just think that the whole des Nations thing has lost its fire and spirit,” Stanton told us. “That makes me sad, after we won for so many years that we’ve kind of lost that burning drive to go do it.” No matter whether that’s because Team USA has lost seven years in a row or whether cold hard facts and economics have gotten in the way, there’s no doubt that’s a true statement.