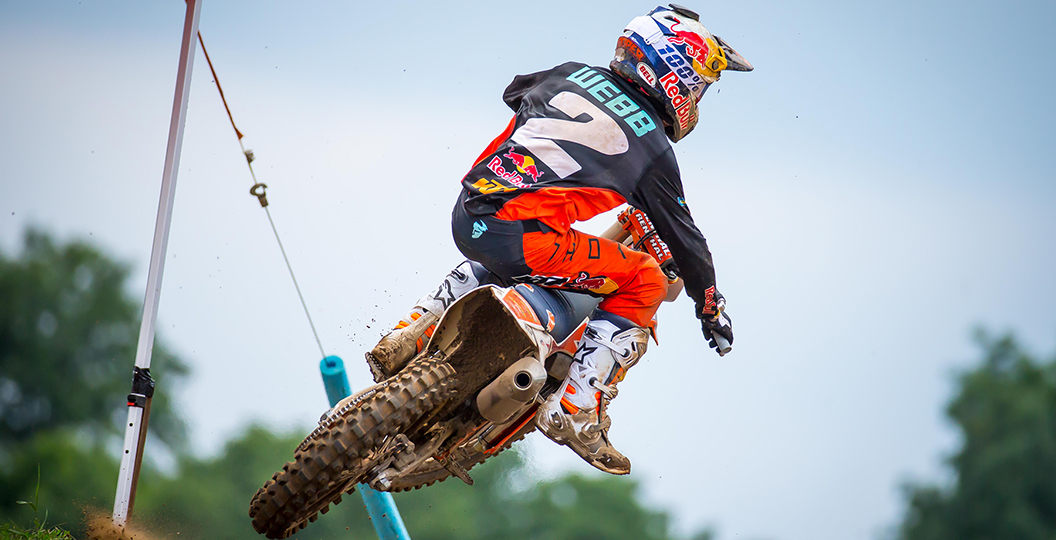 Round seven of the Lucas Oil Pro Motocross Championships takes place this weekend at Millville, Minnesota. Temperatures should be decent there this weekend but generally this race has been hot and humid so it’s been a test for racers and teams over the years.

Everyone wants to talk about the hills of Glen Helen (no longer on the schedule), the deep sand of Southwick and the RedBud track as the best ones on the circuit. I get it, all three of those ones I listed could take the mantle of best track/facility of the series. After all, it’s a subjective opinion.

RedBud is a good track, for sure, the facility is top notch but some of the allure of Redbud is, in my opinion, because of it being based around the great American holiday, Independence Day. Otherwise known over here as the “Let’s get hammered, grill some burgers and shoot off fireworks” day.

You have the crowd in full effect of celebrating America, you do have a great track and facility so RedBud comes to mind a lot when talking about the best track. Historians will love Southwick and Glen Helen has its fans of course but, for my money, there is no better track than Millville. Not facility (although that’s nice) and it doesn’t have logistical excellence either, but the track? Yeah, it’s got it all.

Yes, it’s maybe a tad too fast but Millville has a great start where you can pull the holeshot from anywhere. The dirt is amazingly tacky when it’s prepped, there are tremendous hills up and down the valley and, of course, the track has the sand whoops that have been a staple of it forever. They have changed over the years (first year I was there was 1988) and might be easier than ever now but they are still tough.

It’s hard to set a bike up for Millville, you have the fast start, you have the sand whoops, you have the hills, some tight turns and then the tacky dirt that grabs the bike. If you want to invest into climbing up one of the hills you can see 90% of the track in front of you. Only the sand whoops can’t be seen that easy. Another drawback of Millville is the fact that in spots it is a tad narrow so you have to really set your passes up there. But, in short, the tracks got it all. Everything one could want in a track (save for a bit of width) as a racer and as a fan, you can see most of it.

Then again, maybe I’m biased because as a kid Millville was the national I went to the most (starting in 1988) and my memories of seeing Rick Johnson, Jeff Ward and the ilk were all there. Some kid named Damon Bradshaw also made his pro debut that first year I was there. I raced there a bunch, including some 500 nationals in the early 90s. It’s my childhood national so I’m prepared to say that it’s nostalgia that’s making me have that opinion, but I don’t think so.

All hail the best track in the Lucas Oil Pro Motocross series!