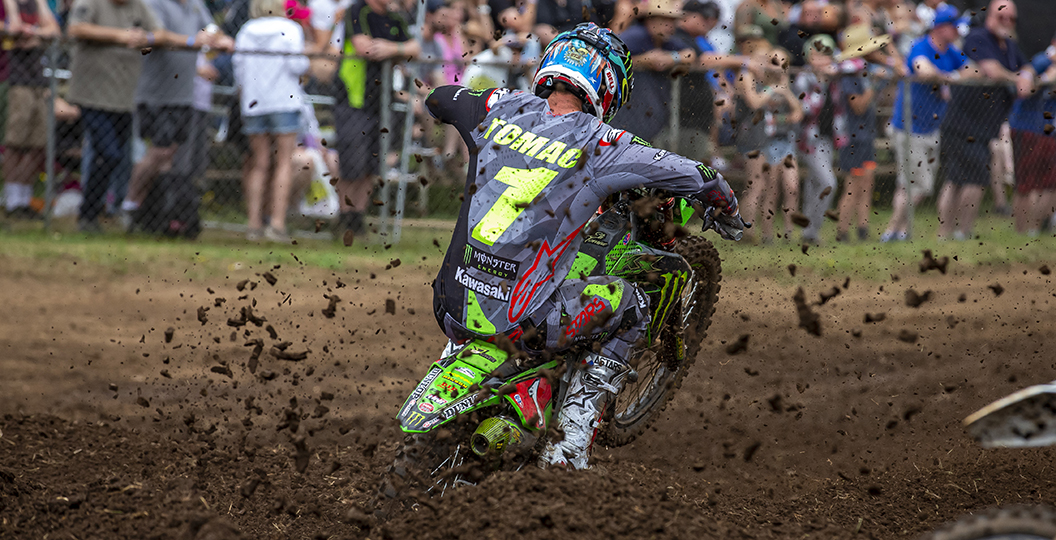 Just three rounds left over here in the Lucas Oil Pro Motocross Championship and there is still plenty to talk about. Unadilla, Budds Creek and then Ironman MX in Indiana will wrap the series up and to me that is a good thing. Three tough tracks and weather that could be really hot (Budds Creek) or rainy (Indiana) might play a factor in the results. With six motos to go in each class, I still have a few questions that need answering and away we go.

With Eli Tomac about to clinch his third 450MX title, who gets second?

Just eighteen points separate KTM’s Marvin Musquin, Honda’s Ken Roczen and KTM’s Cooper Webb for the right to be a runner-up to Tomac in the 450MX series. Look, nothing in life is certain outside of death and taxes but I like Tomac to wrap this thing up. He’ll probably clinch at Budds Creek, which will allow him a worry-free Indiana for once. For a lot of the top riders there isn’t a top three in points bonus, just top two and some only get a bonus for winning. There is something at stake for these riders.

I would imagine that getting a runner-up spot would mean the most for Webb. After all, he has got the least amount of experience in the 450MX class. The opposite end of the spectrum is Roczen who, one would think, doesn’t give a damn about getting second in the series after his rough summer (for the most part). In the end, I think Musquin will hold onto the number two spot right now as he is usually pretty good at these three tracks. Again though, for Marv, he is not going to be throwing a party for that second.

Dylan Ferrandis or Adam Cianciarulo. Who has got this?

Both Yamaha’s Dylan Ferrandis and Kawasaki’s Adam Cianciarulo are going for their first 250MX title and it’s the “kid” (who is no longer a kid by the way) AC who has got a 28-point lead. It’s been a dominant summer for ’92’ as he seems to be able to turn everything negative thrown in his way into some sort of positive or he just holeshots and checks out. Either way, I’d be one hundred percent sure that Cianciarulo has this thing but there’s that whole Vegas-SX thing we witnessed that gives me a small bit of pause on stamping this. Adam’s going to 450s next year so this is it for him. Can he close the deal? I say yes, but with the right to hedge.

We have had Cianciarulo, Ferrandis and Cooper win races in 250MX while it’s been Tomac, Musquin, Webb and Roczen in 450MX. With three races left, who else gets a win in 2019? The way I see it is Zach Osborne can take a win and that’s about it. The two 250MX guys seem to be pushing to new levels and are going to take this to the end and, for 450’s, it’s hard to see anyone new other than #16 getting a win. He’s back from injury, will be close to one hundred percent this weekend, has already won a moto this year and is very motivated to get to the top step. I may have said he would have won before Webb but here we are. Osborne and no one else if you ask me.

Can the Monster Energy Yamaha Factory Racing riders get better?

It’s been a tough summer for Justin Barcia and Aaron Plessinger so far. Barcia’s been riding at less than one hundred percent for most of the summer from 450SX injuries and Plessinger is just trying to catch up from, what else, a 450SX injury. Still, the riders haven’t been stoked with their race bikes and Yamaha brought in ex-factory rider turned Yamaha R&D man Travis Preston into the races to try and bridge the gap between what the riders say they need from the bike and what Travis sees out there. Preston has been heavily involved with the production YZ450F and knows the bike inside and out, so perhaps his help with things will get the bike working better for a couple of riders that could use the help right now?

Team USA at the MXoN. Are you saying there’s a chance?

Team USA will be announced this Saturday at Unadilla and I expect it to be Jason Anderson, Zach Osborne and Justin Cooper on the MX2 machine. The race is in Holland on a man-made sand track so USA will be underdogs fore sure but, hey, anything can happen I suppose! I wouldn’t be shocked to see them on the podium to be honest but I would be if they won. There is no chance in a million years that I would’ve thought USA would not have been on the box at RedBud last year, so perhaps in their darkest hours when no one thinks USA will be much of a contender the unthinkable can happen?