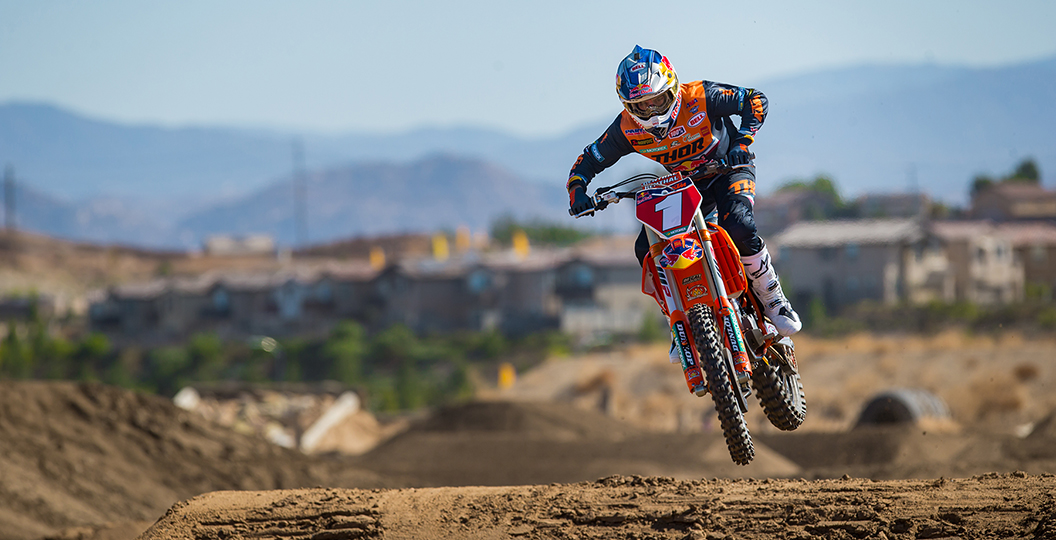 We are getting real close to Anaheim 1 kick off, round one of seventeen of the Monster Energy Supercross series. There are a ton of subplots to talk about when it comes to the new season (as there always is) then I’ll be around when the series is into round twelve and we will see how many riders are left standing by then. Our sport’s biggest issue is keeping the stars healthy for an entire season. It’s tough to do! Think about the injuries we see in supercross and motocross and imagine if we halved those by even fifty percent… Both series and the sport would be better for it. No doubt about it!

There’s always the usual pre-season buzz before the year and I find it interesting that in these social media times we live in, it’s pretty easy to go and get the pulse of what the normal fan is thinking about before the season. Some of it is nutty and some of it makes sense. It’s all part of being a fan, right? Here are some of the things that I have read on my social media, emails and message boards.

I mean, AC could follow Jeremy McGrath and Ryan Dungey and become a champion in his rookie 450SX season. He  has certainly got the speed. We have seen that over and over! I mean, there is a reason why only two riders have done it in the sport’s history and that is because it’s really hard! Adam, as much as we all like the guy, has shown a tendency to make mistakes during the race season. Yes, he made it through twelve rounds of motocross in a dominant fashion. What about supercross though? He has yet to do that and the odds are high that he won’t do it in his rookie year. Calm down everyone.

Not only do some fans think this, I was just in Geneva and heard a mechanic for a great rider tell me this. Just as I have written about on this very website, Stewart has to walk before he run and did you know he’s never made a top five in 450SX? He has only got seven top ten finishes in his career out of thirty-three career races. Yes, he’s in better shape than he has ever been in those thirty-three races but let’s hold off from no top fives in his career to winning two or more rounds okay?

These two as we all know are riding and training together in Florida once the series heads east. We have seen riders who are close to each other lost their friendship over the years, there is no doubt about that. Fans seem to think Adam is going to emerge as a better rider than Kenny and this is going to cause issues. There’s no stopping the Adam hype train in 2020, that is for sure. Yes, we have seen two elite level riders be unable to stay training partners a few times but we have also seen many other riders work it out. Look at the Baker Factory guys, look at Ryan Villopoto and Ken Roczen when Roczen was a rookie. Both of these guys are as real as they come in terms of personalities, so they will be fine. Relax everyone!

Yes, I’m serious and “getting busted for a PED” is the new, “I heard that he crashed at the track” rumour. Whether it’s Broc Tickle or James Stewart, I think we have seen that the FIM (via WADA) has no problem issuing a press release when a rider has failed a test in the past. Yeah, please stop this.

5) “Ryan Dungey is a spy for KTM with his new role at GEICO Honda!”

Oh wait, this was something that I started! Yeah, I’m all aboard the Marty train for 2020. Will he win races? No. Heck, I bet he doesn’t even podium unless a lot of injuries hit but he’ll be top ten more times than not and maybe even get a heat-race win. His bike is good and he has got skills.