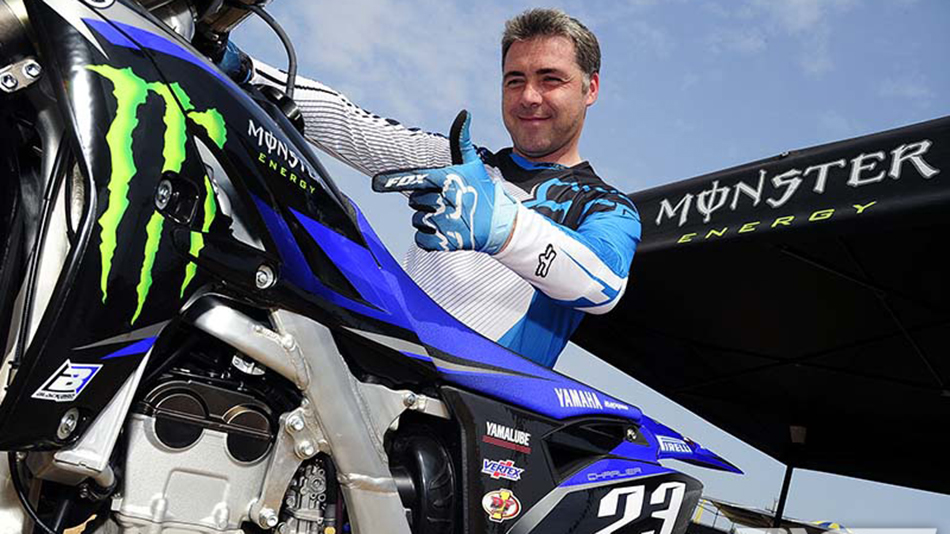 Although Paul Malin is known for being the voice of motocross, he has also enjoyed a long and successful career as a pro rider. With that in mind, Paul is always an interesting person to bench-race with. So, we decided to catch up with Malin when he had finished doing the live announcing at Landrake this past weekend.

MX Vice: So, we are here at Landrake. What did you think of it all?

Malin: It was a perfect way to start the championship. The track was in good condition, the weather was good, there was a decent turnout and to top it all of we had some great racing in all three classes.

MX Vice: What have you thought about the MXGP series so far, too?

Malin: It’s been a steady start, you know. Qatar was interesting that Jeffrey Herlings wasn’t up to full stretch, and the other riders were able to get in there. [Dylan] Ferrandis took a win, and [Max] Anstie showed his potential in regard to the long term aspects of the championship. I think MX2 could be quite interesting. Jeffrey Herlings needs to work on his starts, I don’t know what the problem is there – he had the same problem at the beginning of last year. But, once they get it sorted out I’m sure he will be fine. There is some new talent emerging in the MX2 class If they play their cards right, get some good starts, and are able to keep Herlings at bay, it should be a good championship.

MX Vice: What did you make of Max’s comments in between Qatar and Thailand?

Malin: I loved it. I said to him afterwards that it was a great interview, and it made me laugh. People that don’t know him, and don’t know how to take him probably think that it was arrogant, and brash. It’s just how he is. He could hit the gate and finish fortieth in each race, and he would still come out saying the same thing. In that respect, you can’t knock a guy for being confident, and believing in himself. At the end of the day that’s him, and it makes for an exciting championship, as we saw when those two [Max Anstie and Jeffrey Herlings] got out of the gate together in Thailand.

MX Vice: Speaking of Thailand, what did you make of the fuel issue?

Malin: To be honest, I don’t know. If there was an issue, then that is something that the teams have to deal with, with the organisers and the fuel people. It’s not something I can really comment on. Tommy said his bike bogged on the take-off. Was it a fuel issue? Possibly. If that’s the case, then so be it. That’s something that doesn’t concern me in the grand scheme of things – it’s just something that needs to be rectified. You know, it was made worse by the fact that Tommy crashed on the biggest jump on the track. If it had happened elsewhere, he probably wouldn’t have crashed.

There were obviously issues with bikes dropping out towards the end of the race. But, the year before, when riders were able to use their own fuel, there were no issues. So, whatever restrictions were put in place was something that they had to take a precaution with. If we go back again next year, I am sure that they will be on their own fuel.

MX Vice: What do you think of Clement Desalle’s actions towards his team after the race?

Malin: He was obviously disappointed that he lost an opportunity to win the race, and possibly the GP. You know, if that was an issue with fuel, it was out of his team’s control. If he was frustrated, I think he was more frustrated at the situation. I heard that he went back and turned right instead of left towards the podium, and went and revved the bike outside of the team camp just to prove a point – that it was misfiring. If that was the case, he has the right to vent his anger. It was just one of those things. If it was a fuel issue, it was unfortunate that it surfaced there. But, I don’t think there will be any issues when we get to Brazil.

MX Vice: How different is it for you to do live track announcing here, in comparison to the live TV at the GP’s?

Malin: It’s different, because you see the full picture here. When I’m doing GP commentary, I’ve got the monitor in front of me, and I don’t have a window to look out of. So, the same images I see are what you see at home. You’ve got to commentate on the race based off of what you see. I can look at the timing screens and see gaps coming down, and try to speak about them so that the director will switch camera shots to pick up on a battle. But that’s out of my control, I’m not in the same room as them.

Coming here and doing the Maxxis British Championship, I can see the start and the battles. I keep an eye on the leaders, but also try to keep everyone informed on how other people are getting on. If I’m just following the leaders, it’s like I’m only looking at the monitors, because there is so much more going on around the circuit.

MX Vice: So, with that in mind, do you prefer doing live announcing at somewhere like this?

Malin: I just love my job [laughs]! I’m probably the luckiest ex-racer in the world, as I still get to go to the races, get to comment on the race. I guess I’m in a fortunate position, as I’ve raced a lot of the tracks around the world. So, I’ve got a little bit of knowledge about the surface, how the ground breaks up and that sort of thing. You know, from a rider’s perspective, you know when a rider is being lined up for a pass before it happens. I enjoy my job whether I’m doing circuit announcing here for the British Championship, or live TV for the GP’s.