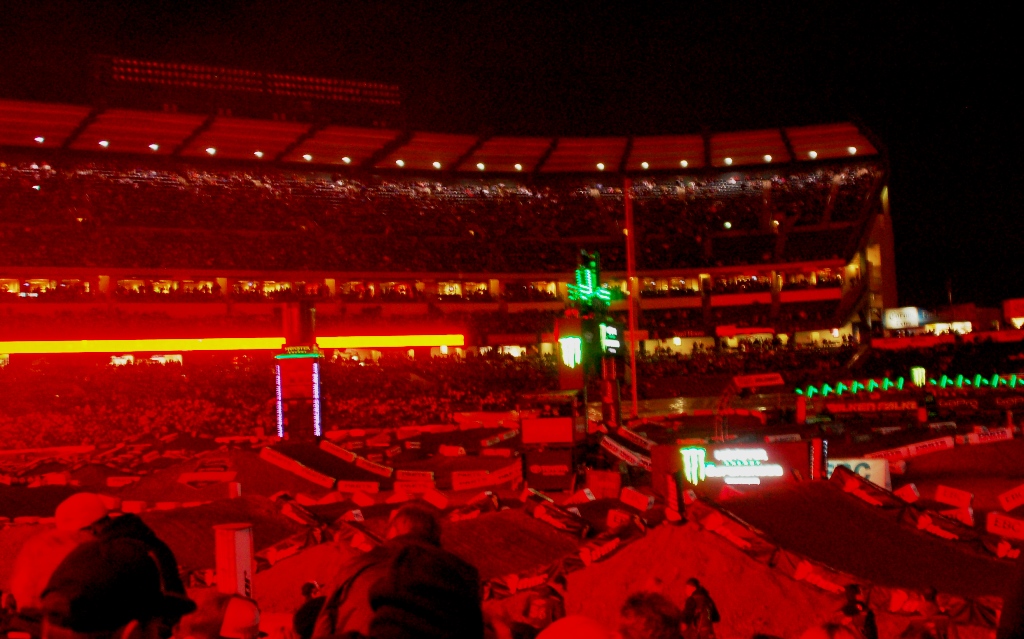 On paper this is the most open championship of the season!

Unlike the West coast where you had Wilson, Seeley and Anderson as proven winners and championship contenders, no rider in the East stands out with any supercross championship challenging credentials.

Expect maybe Blake Baggett. But then Blake has only been back on the bike two weeks after recovering from another injury.

Baggett has won supercross races before and is a National outdoor champion so he knows how to get the job done and by all accounts is flying at the test track. If anyone is going to be the favourite it might just be Baggett.

His young teammate Adam Cianciarulo has the most hype. Everyone is excited to see how he does and according to Aldon Baker and Adam himself, he is ready to go out and do the business.  It would not be a surprise to see Adam win races and challenge for a championship. He is small so his starts should be on point and, if he gets a win early, he could take the title.

The third member of the Monster Energy Pro Circuit team is Martin Davalos. Davalos is fast, really fast at times but he just can’t put it all together in the main event. Davalos will have to try to get over the mental block of winning a main before he can think about going for the title. But he has the speed and the talent to do it. This may be his last chance.

The Geico Honda team have Justin Bogle and Blake Wharton as well as rookie Matt Biscegila.

Bogle and Wharton should be the guys going for race wins but whether they will have the consistency for the championship is a big question mark. Both have had their chances before and both have failed to deliver on consistency. Bogle also had to heal from a big crash this winter but is back on the bike and ready to go. It is a big year for Justin who will need a good season to keep his Geico ride.  Both riders will be hoping they have found the missing piece of the puzzle this season.

Rookie Matt Bisceglia is an unknown quantity but the 2013 AMA Horizon winner will want some good starts and to stay healthy in his first season.

The man who could well challenge for the title is Star racing Yamaha’s Jeremy Martin. Martin was very impressive last season and has been training hard down at Carmichael’s farm. RC’s mum has been watching his progress and you know she won’t stand for anything less than the best! Martin might be under the radar but he could challenge for this championship with some good starts.

Martin’s teammate is rookie Anthony Rodriguez. The Venezuela kid doesn’t have a lot of expectation going into the season and will be hoping to just get comfortable with supercross initially.

Other riders who could get amongst the top ten or even top five are Kyle Cunningham, Kyle Peters, Jimmy DeCotis, Cole Thompson, Vince Friese and Matt Lemoine.

We also have a Brit taking part in the series! Paul Coates raced Loretta’s last year and was a front runner. He was a top contender at the Monster Amateur all star races too but this well be a big step up for Paul.

So who is going to win?! We honestly just don’t know but is seems the Monster Energy Kawasaki squad might have the best chance to win the title.