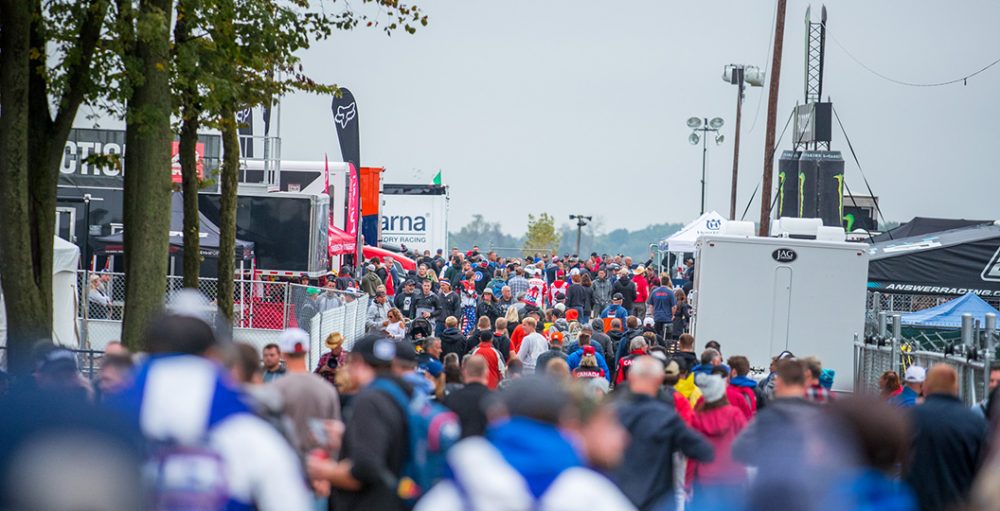 David Luongo, the CEO of Infront Moto Racing, confirmed today that the 2022 Motocross of Nations is going to be run at RedBud for the second time in history (the first being in 2018). Luongo announced the news alongside Jorge Viegas, the president of the FIM, at a media event in Italy.

“We will go back to RedBud. We had a long talk and a very, very good talk with Amy and Tim [Ritchie] from RedBud. Also with MX Sports (the promoters of the outdoors in the USA), the AMA and the FIM altogether. After the last event some years ago it was very important to consider going back to the USA, also maybe on a more regular basis. Our two places are connected – the motocross in MXGP and the motocross over there. For us, it is very important to make a kind of reunion to always talk about the sport together and mix the riders of both places to see who is the best. We are very excited to be back there. RedBud is a fantastic place. It was a great success, despite the bad weather last time. There was a lot of people and a lot of public. We cannot wait to be there next year.”

There was another interesting titbit of information, as Luongo confirmed that the goal is for the FIM Motocross World Championship to return to normal next year. That means starting in February (most likely overseas) and then ending just before the Motocross of Nations at the end of September, which would ensure that everyone is available and in a position to compete.

“The target is to go back to normal. To be normal, we would like to start the season in February and end the season with the Motocross of Nations. The event will be at the end of September, for sure. That is the target.”

Meanwhile, the 2021 Motocross of Nations has not yet been completed. The qualifying races for the event, run at Mantova in Italy, happened today. The Netherlands will start from pole position.