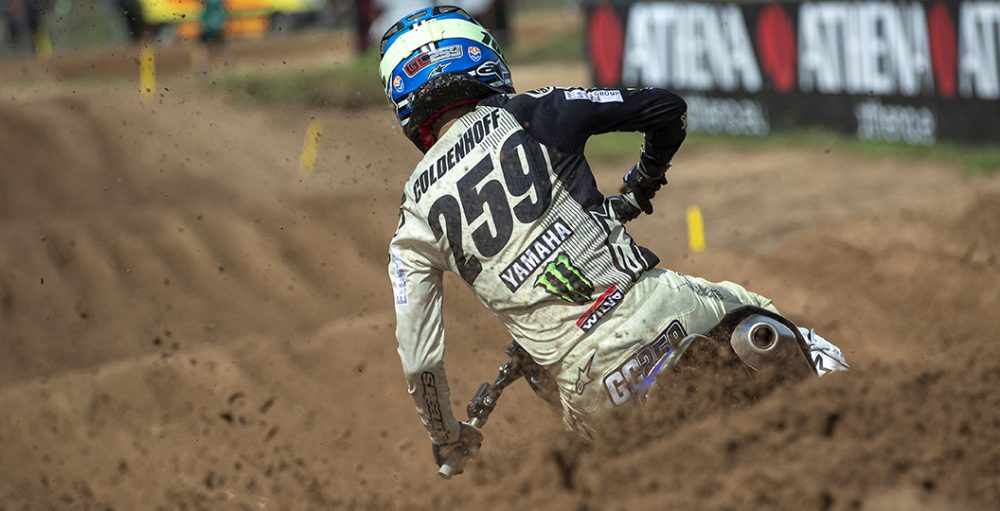 The 2021 Motocross of Nations is just over a month away and team announcements are filtering through at quite a rate. Seven countries have named the riders who will compete at Mantova, in Italy, on September 25/26 and all of those teams have been listed below. There are more announcements to come as well, as Team USA is going to be named on Saturday and Team Great Britain should be revealed in the coming days as well.

Whenever another announcement is made, that team will be added to this list. Simply save this link and check back regularly to keep up with all of the 2021 Motocross of Nations teams! It is also worth noting that tickets are now on sale for the race, so you can secure a spot on the fence via this link. There is currently no word on whether or not fans will be limited. Things are subject to change, of course, as is the way of the world.

Note: Roan van de Moosdijk is out with a broken scaphoid at the moment and questionable for the Motocross of Nations. It was stated that he is going to be back in time, but just watch this space.

Note: Jago Geerts would have been an obvious pick for the MX2 slot on Team Belgium, but he opted out of the event in order to focus on winning the world title. Geerts is third in that title race.

Note: No real surprises at Team Great Britain; Max Anstie will be switching teams, so he cannot compete, and Dean Wilson is dealing with the Epstein Barr Virus. The only other option (realistically) was Adam Sterry.

Note: Romain Febvre and Maxime Renaux both opted out of the Motocross of Nations, in order to focus on the Grand Prix series. Marvin Musquin dropped out after dealing with COVID-19 recently.

Note: The underdogs. Losing Ken Roczen is obviously a blow for Team Germany, but they are a threat for a position inside of the top five and maybe even a podium. Watch this space.

Note: No Pauls Jonass on Team Latvia – he confirmed that he would not be competing at the Motocross of Nations to MX Vice exclusively at the beginning of August.

Note: Both Jorge Prado and Ruben Fernandez have pulled out of the Motocross of Nations, in order to focus on the FIM Motocross World Championship. A truly crushing blow for Team Spain.

Note: Denmark are one of the few nations able to field their best team possible. Thomas Olsen, Mikkel Haarup and Bastian Boegh Damm could put Team Denmark inside of the top five at Mantova.

Note: Jeremy Seewer has opted out of the Motocross of Nations, in order to focus on the 2021 FIM Motocross World Championship, which is quite the hit to Team Switzerland.

Note: Team Sweden are one of the few nations able to field their strongest team and may reap the rewards at Mantova. All three riders currently compete in the Grand Prix series on a full-time basis.

Note: Much like The Netherlands, Italy are fielding their strongest team at the 2021 Motocross of Nations. Italy should be a podium guarantee with a squad as strong as this.

Note: Team Austria has changed one of their riders. Lukas Neurauter has bowed out and been replaced by Marcel Stauffer, who is more than capable of taking Austria into the A-Final.

Note: Controversy at Team Ireland, as Martin Barr has been ignored for the Motocross of Nations. Barr was the top finisher for Team Ireland at the previous two events and is healthy at the moment.

Note: South Africa may not register as much of a factor entering the Motocross of Nations, but they did qualify straight out of the Saturday programme at Assen. They have an all-new team this year.

Note: Team Iceland always make their presence known at the Motocross of Nations. They failed to qualify at the previous edition – the weakened field may help their chances at Mantova on September 25/26.

Note: Finland has not competed in the Motocross of Nations since 2017, when they failed to qualify. Team Finland last qualified for the main races in 2014, believe it not. Quite a drought for the nation.

Note: Canada did not send a team to the 2019 Motocross of Nations, so it’s particularly surprising that they have got a trio together in times as difficult as these. This team has top-ten potential.