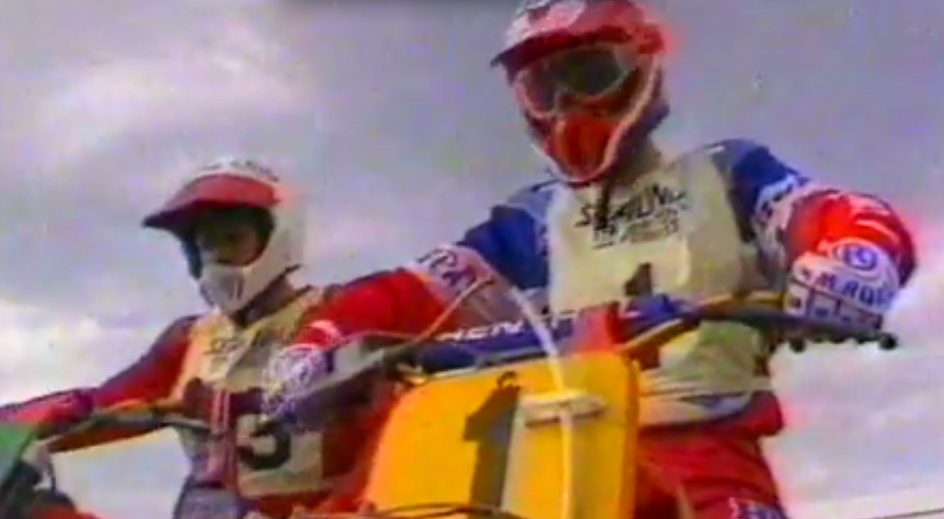 On BBC Grandstand with Murray Walker as commentator, British motocross was a pretty big deal in the 1980s!

With World Champion Dave Thorpe as the superstar pushing motocross forward, British motocross was maybe at an all time high back then, in a similar way current GP superstar Antonio Cairoli has pushed motocross forward in Italy and got it on live TV in his home country.

Here you can watch the 1987 500cc championship round from Lyng, but Thorpe didn’t have his best day as a big crash in race two left Murray Walker very worried!